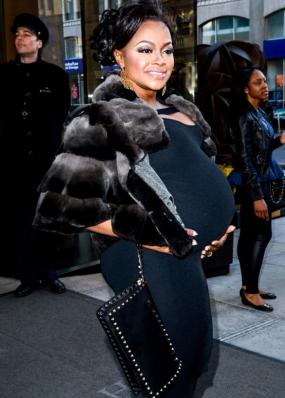 From Phaedra Parks, breakout star of The Real Housewives of Atlanta, comes a true Southern Belle’s witty, practical, and no-nonsense guide to life.

She’s the voice of reason on the Bravo’s massively popular The Real Housewives of Atlanta, known for her major career, happy home life, redonkulous caboose—and for being the ultimate Southern Belle. Phaedra Parks has spark, but she’s also got serious savoir faire. She’s spent her entire life as a Southern Belle and she has a lot to share. What’s more, she honestly believes life as a Belle is simply better, for you and for the people around you.
As Phaedra knows better than anyone, if you are a Southern Belle, men would find you fascinating and women would want to be your friend. You would always be perfectly put together and never at a loss for words. You would have access to the very best of traditional Southern ways as well as the freedoms and opportunities of the twenty-first century. You would be charming and impeccable. You would never wear sneakers outside the gym.
In Secrets of the Southern Belle, Phaedra dispenses invaluable advice about fashion, etiquette, dating, and the workplace, giving a modern twist to traditional values and Southern etiquette. From nailing an interview to hosting the perfect backyard barbeque to the art of playing hard to get, Phaedra will help you tackle whatever comes your way—without ever breaking a sweat.
Release: November 12, 2013