The Next Thing is Joy: The Gospel According to Vivian Grace by Tracey Michael Lewis and Pink
Set in the early 70s, this is the story of Vivian Grace, the matriarch of the Billingsley family. Vivian goes from being an active member of the Chicago chapter of the Black Panther Party in love with one of the charismatic but terribly abusive leaders to hiding in a monastic community and finding God (and love) in a way she never imagined. This book is part of the “Gospel of Grace Women” trilogy..Release: 2/14/14 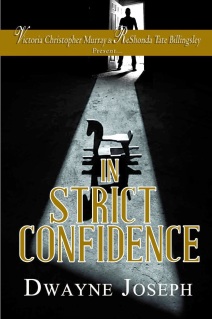 In Strict Confidence by Dwayne Joseph
Fans of John Grisham and Mary Higgins Clark will love this suspenseful rollercoaster ride that doesnt let up until the very end… Psychiatrist Allen Kline is forced to make the agonizing choice of life over death when a killer approaches him with the horrific news that he has abducted Allen’s two sons. Who the killer is and why he has chosen Allen to victimize is a question the doctor struggles to answer. What he discovers just may haunt him forever. Things aren’t always what they seem… Detective Ben McCallum is on a mission. Someone is viciously murdering little boys and Ben knows the pain all too well. His son was one of the victims and now, it’s up to Ben to bring the killer to justice . . . before two more young boys die. As Ben struggles to put aside his personal demons to track a killer hellbent on revenge, he’ll discover the killer’s motives hit close to home and everyone will discover things aren’t always what they seem. In Strict Confidence is an intense, harrowing tale that will shock, surprise and satisfy readers with each suspenseful word and doesn’t let up until the very last page. Release: 2/3/14

Open Door Marriage by Naleighna Kai
Reunited… A chance encounter lands NBA star Dallas Avery back in the arms of the woman of his dreams. A woman he hasn’t seen in years. A woman he soon discovers just so happens to be his fiancée’s aunt! But Dallas’ fiancee, Tori, isn’t ready to give up all that she’s worked for, so she makes him a shocking offer – go through with the wedding and she’ll still allow him to be with the one woman he now can’t seem to do without. Dallas will get a family, something her much older aunt, Alicia can’t give him. Tori will get the lifestyle she clamors. And Alicia will get the love she’s longed for all her life. Everyone will get a little of what they want. . . and maybe a whole lot of what they don’t. Be careful what you ask for… The details of the trio’s love life play out in the tabloids and on talk shows, making Dallas the center of an NBA scandal. And eventually, the doors slam shut on this open marriage and Dallas is forced to make a choice to end the chaos. But moving on is easier than it looks and by the time all is said and done, secrets will be revealed, passions will be extinguished, and everyone’s lives will be forever changed. Release: 2/3/14 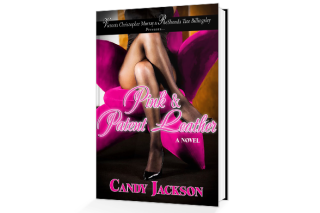 Sasha “Pink” Jansen has heard the voice of God. He spoke loud and clear at her purity ceremony, when she was just sixteen years old and Pastor Malik Stroman placed that ring on her finger. And He was just as clear when He told her that purity ring would someday be replaced with a wedding ring from the same man . . . all Pink had to do was save herself. Dreams of a life with Pastor Malik were enough to keep the privileged princess committed to her vow, dodging all kinds of temptation, resisting every romance, and the whole time, keeping her eyes on the prize –the day she would become first lady. There’s just one problem – Pastor Malik already has a wife. But Pink is accustomed to getting what she wants – by any means necessary. With her grace and virtue on the line – and what she thinks is God’s word in her head – Pink is on a mission no one understands. She’s determined to show Pastor Malik that they belong together – and come hell or high water, she plans to get the good reverend to agree. Candy Jackson has penned a page-turning tale of one-woman’s quest for love and the spiraling descent she’ll take to get it. Release: 2/14/14